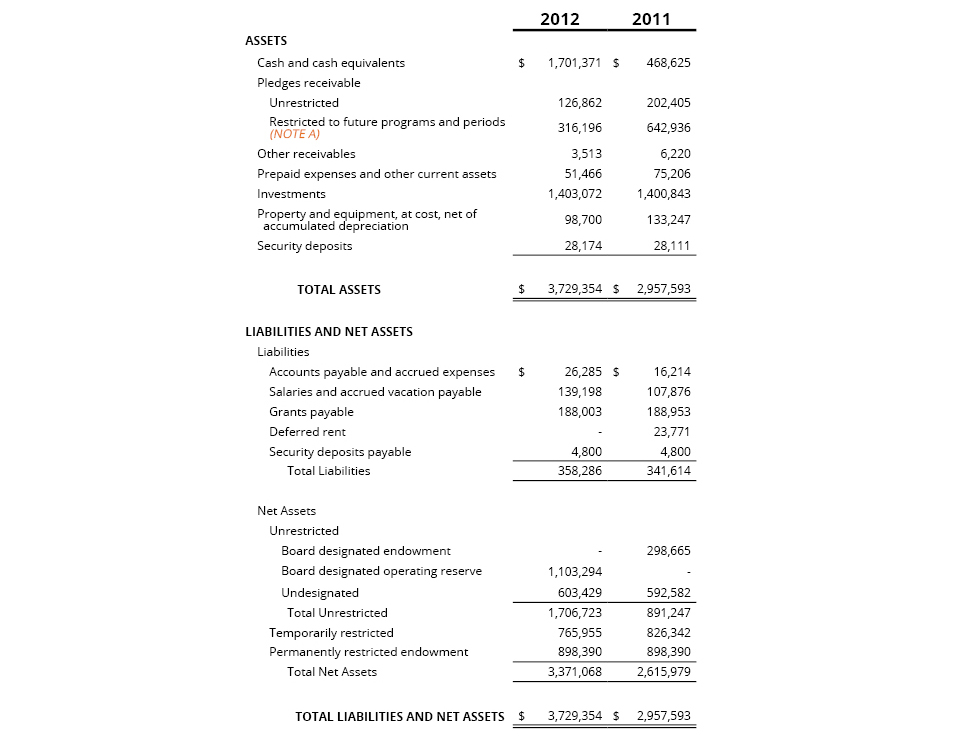 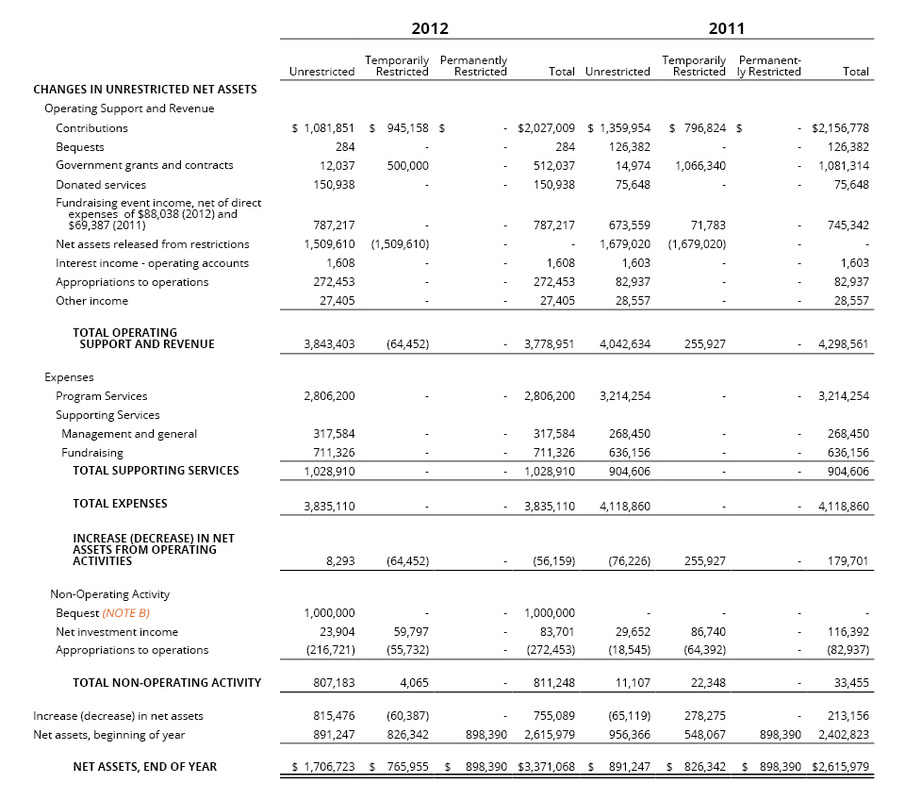 NOTE B: In August 2012, we received a $1 million bequest from the estate of Mildred Robbins Leet. Along with her late husband Glenn Leet, she founded Trickle Up in 1979. This extremely generous gift will be used to increase our reserves and to make strategic investments in Trickle Up’s capacity and growth. These investments, along with a future gifts solicited for this purpose, will form a new “Fund for the Future,” essential to the achievement of our strategic plan. The Leet bequest accounts for the large incrase in 2012 Total Unrestricted Net Assets and is shown as Non-Operating Activity on the Statement of Financial Activity including in these financial tables.

Trickle Up receives high marks by charity watchdog groups and publications, like Charity Navigator, GreatNonprofits and the Independent Charities of America for its effectiveness. Trickle Up received the Better Business Bureau’s highest rating for charitable organizations by meeting all 20 of its “Standards for Charity Accountability.”
Download our full financial statements